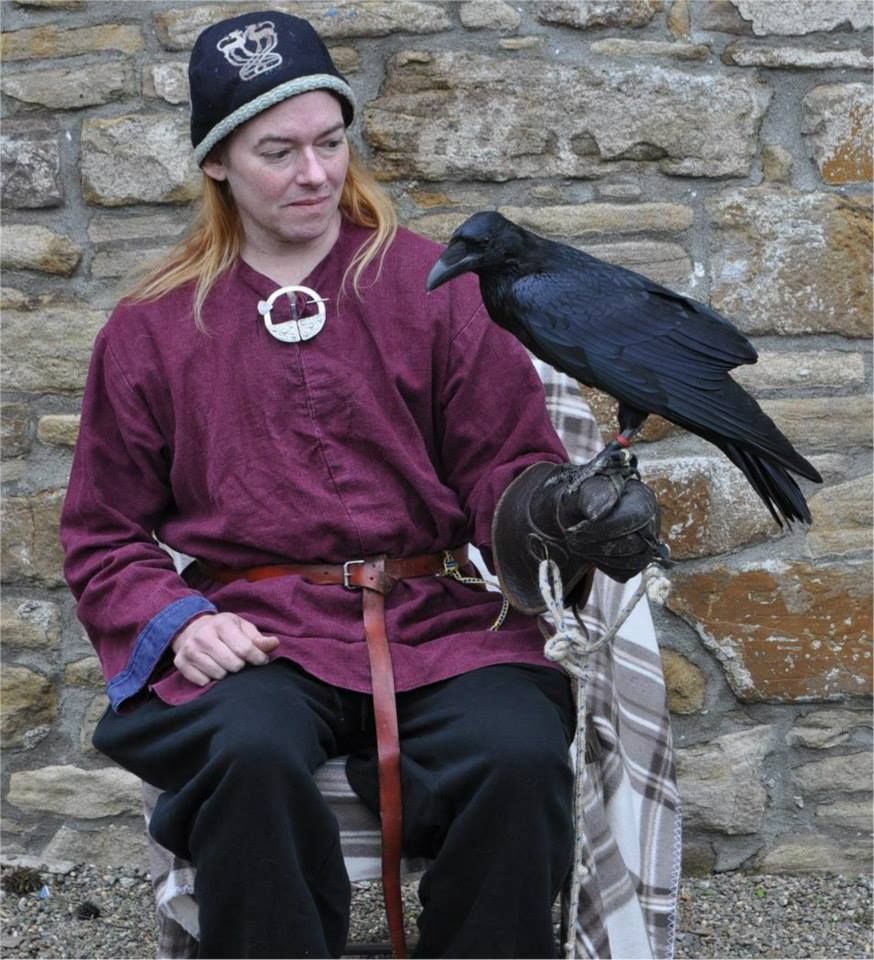 Stephan Grundy June 28, 1967 – Sept 29, 2021 From his humble beginnings, Stephan Grundy/Kveldulf Gundarsson would make his mark on the world by writing

Join Stephan Grundy as he weaves this intriguing historical fiction for the reader set in the Ulster Cycle. Follow Queen Maeve of Connacht as she fights to save her title as queen and protect her people. A tale of blood, the past and present relationships and how they shape the people within them and around them. Can Maeve retain her queen-hood and find the strength to conquer her first husband The High King of Ulster, Conchobar Macnessa. Stephan masterfully weaves together old Irish Celtic lore with fictional renditions of historical figures while creating a world that he shows the reader through the eyes of three women as they tell their side of a bloody fight to save a people and their queen. Follow along with him as he takes you through the intricate nuances of Maeve’s past that shapes her present and foreshadows her possible future.

The story is written as a continuing saga following the life of Maeve who ruled in Ireland as Queen; Wikipedia-Queen Maeve

Stephan Grundy's knowledge of history shines through clearly in Maeve as he reconstructs the world in which she lived. His attention to small details create a visual record of what Ireland was like at this time; "The Táin bo Cuailgne or Cattle-Raid of Cooley, Ireland’s “national epic”, is part of a massive cycle of stories dealing with Maeve (Medb), Ailill, Conchobar, Fergus, Cú Chulainn, and their associates. While these stories were useful for many elements (Maeve’s brief unhappy marriage to Conchobar and the subsequent rape; the mounting tension and aggression between Maeve and Ochall, etc.), students of Irish literature will be aware that they are neither consistent nor chronological."-Excerpt Maeves Raid

The stories intersect with religious practices and mythology in which again Grundy presents with detailed accuracy, his focus on actual druidic practices and the origins of these make the reader understand history in more detail, and provide food for thought, especially his reminder that Celtic Druids were not shamans and did participate in human sacrifice.

Notes From The Author

The geology of Ireland has not changed since Maeve’s time. One can see the physical features of Maeve’s Raid simply by coming here and driving or cycling the “Táin trail”, a pathway which follows the entire raid from Cruachan around the Cuailgne peninsula and back For the archaeology of Cruachan, I am greatly indebted to Bernadette Dalton and Laura O’Brien of the Cruachan Ai heritage centre. The Cruachan royal site is a large complex of Iron Age monuments near the town of Tulsk. The key ones for the purpose of this book were the Mucklucks (“Boar’s Furrows” –there is some evidence that religious rites did take place here), Uaigh na gCat, and Rath Cruachan (the big mound, which is apparently an Iron Age barrow. It was certainly used for ceremonial purposes, but there is some question as to whether it was ever inhabited above. Nevertheless, I have chosen, for reasons which should be clear at this point, to use this as the site of Maeve’s palace rather than the somewhat more probable “fortress mound” which actually boasted the wooden watchtowers by the entry path). Cnoc síd Una (Knocksheegowna) is within sight of my hometown Shinrone, “throne of the hairy man”, which I envision as the seat of the herd-goddess Flidais and her hairy husband Adammair. Early Irish Fighting: For those who find the female fighters of the Cattle-Raid unrealistic, it should be noted that such accounts as survive suggest that the Irish fighting style was one relying largely on agility. The heroic battle-feats that can be identified are triumphs of gymnastic skill, not power; and it may be worth noting in this context that Cú Chulainn is the one European hero traditionally described as smaller than average. The weapons of this period, in particular the very short swords, also bear this out: one archaeologist described early Irish combat as a sort of “ritualized farce”. The heaviest armour (romantic descriptions of Ferdiad’s harness aside) was probably chain-mail, an early Celtic invention. This permits the possibility that early Ireland was one of the few pre-gunpowder cultures in which women could commonly have excelled as fighters, just as the older stories suggest (as contrasted, say, to the Norse materials, in which women assist magically in battle, but are very seldom shown taking up weapons).

In Old Irish her name is Medb (pronounced [mɛðv]); in Middle Irish, Meḋḃ; in early modern Irish[5][6][self-published source], Meadhbh or Meaḋḃ (pronounced [mɛɣv]); and in modern Irish Maedbh or Méabh (pronounced [mʲeːv]).[6] This is generally believed to come from the Proto-Celtic *medu- (“mead“) or *medua (“intoxicating”), and the meaning of her name has thus been interpreted as “mead-woman” or “she who intoxicates”.[7] This is thought to reflect her role as sovereignty goddess. In ancient and medieval Ireland, the drinking of mead was a key part of a king’s inauguration ceremony. In myth, a supernatural woman representing the sovereignty of the land chooses a king by offering him an alcoholic drink, thus bestowing sovereignty upon him.[8] However, it is also suggested that the name comes from Proto-Celtic *medwa (“the ruler”).[7]

It is interesting to note the use of mead in Ireland linking directly to Norse mythology. Mead is well known to be used as a sacred drink and considered to be highly magical. Recipes for Mead can be found in The Teutonic Way: Religion and here on our site: Mead, the gift from the Gods. You can buy prepared mead usually in December at any liquor store, the drink can be very bitter for some, but can be smoothed out with additions of fruits. There are numerous examples of mead in history and in folklore; https://en.wikipedia.org/wiki/Mead

Content Written by Authors of The Three Little Sisters is licensed under a Creative Commons Attribution-NonCommercial 4.0 International license.